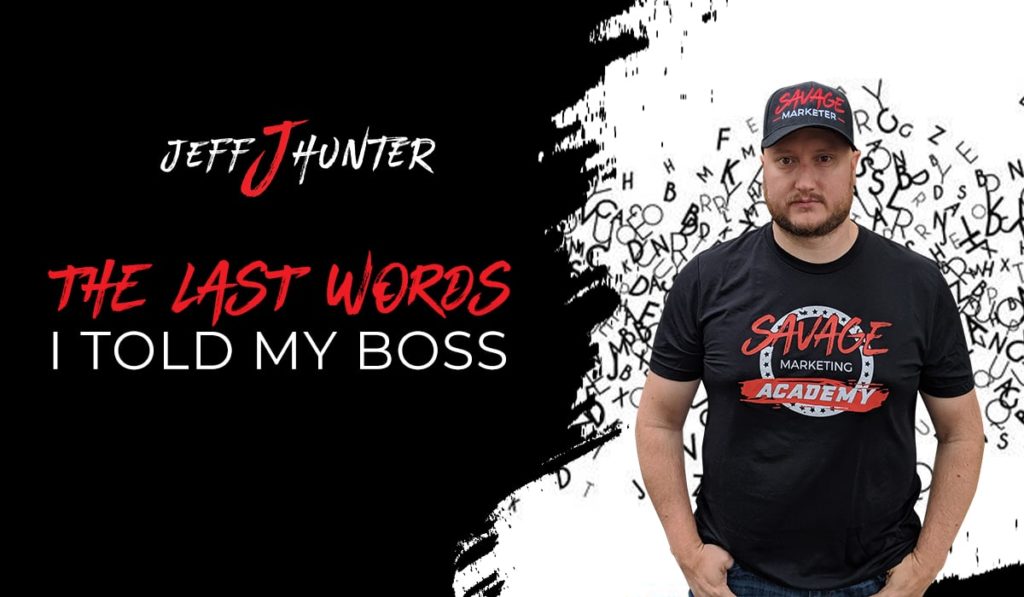 The Last Words I Told My Boss

“Is there anything else I could do to make this transition any smoother?”

The last words I told my boss…

On the last day of my 6-figure corporate career as a successful Project Manager at a fortune 500 Company.

He looked at me and said, “No, I don’t think it could have been any smoother”

I handed over the keys to my corporate car (a very fun Turbo Ford Escape).

Turned in my company printer.

I proceeded to wipe my company cell phone and place it in a zip lock bag with the charger along with my company badge.

You see, I had given my two week notice and the time was up.

I probably worked harder the past two weeks of my career than I ever had.

I reached out to all my stakeholders to let them know I was moving out of state but that they were in good hands.

I had meeting after meeting with the other project managers I had been mentoring to make the transition as painless as possible.

Something inside of me wanted to make them miss me.

It was time for me to pave my own way, and I had seen the writing on the wall.

I was trapped at my work and even though I had just got a “promotion” to Project Manager III – I felt nothing but emptiness.

It was a recipe to turn anyone into a timebomb.

When I finally exploded it was a commitment to myself to never undervalue myself… again.

But luckily the other half, filled with pride and ego- didn’t let me.

The Director (my boss’s boss) reached out to me personally and told me that he was going to miss me and that he supported my decision.

He wrote me a recommendation on LinkedIn about his experience with me the four years I worked under him.

I left with my head held high.

When I realized, it was the best and last job I would ever have.

It was time to fly.